Ann Macia
Coming to Eldoret, Ivy was bubbling with excitement. Finally, in the big city (Eldoret’s pop is 467,000) maybe the young mother could secure a job. She did not have any qualifications to fall back on, and schooling had not been the best before her pregnancy, but surely, she could secure a job as a nanny, looking after little kids because that is what she excelled in, and had the interest for.
The new dwellings were, in a word, rundown, but lacking money what could Ivy do? She, and her 11-month-old daughter Ann Macia, moved in as a temporary measure. When the funds came, she would upgrade, but she recalled that old saying, ‘Beggars can’t be choosers.’
Unfortunately, the walls, for want of renovation, let a cold breeze in, and Eldoret sits at an altitude of 2000m making the nights cold. Eldoret maybe dubbed the City of Champions for runners, but runners like the cool air for training. At once the baby started to develop a worrying cough. Ivy was not concerned, she knew it was common, but after three days Ann Macia was feinting, sporadically stopping breathing and mom realized something was very serious. Being a newcomer to Eldoret she asked a neighbor, “Where can I take a sick child? Not a private hospital?” She was instructed to come to us, “You need to go to the best, but it is a public hospital, don’t worry. It is called Shoe!”
So Ivy arrived, and like our story last week, the child was diagnosed with pneumonia. Nurse Nyamongo took over and told Ivy, not to worry, with the proper treatment her child would be back to full health shortly. In fact, on the day we take this interview, if we peer out of the window, on the astroturf lawn where every day there is exercise and football, we can see baby Ann Macia crawling around the field giggling about something that seems to amuse her. She’ll stay with us for a few more days, then be sent home and hopefully by that time the landlord will have patched up the drafty apartment…and Ivy will find some work as a nanny. 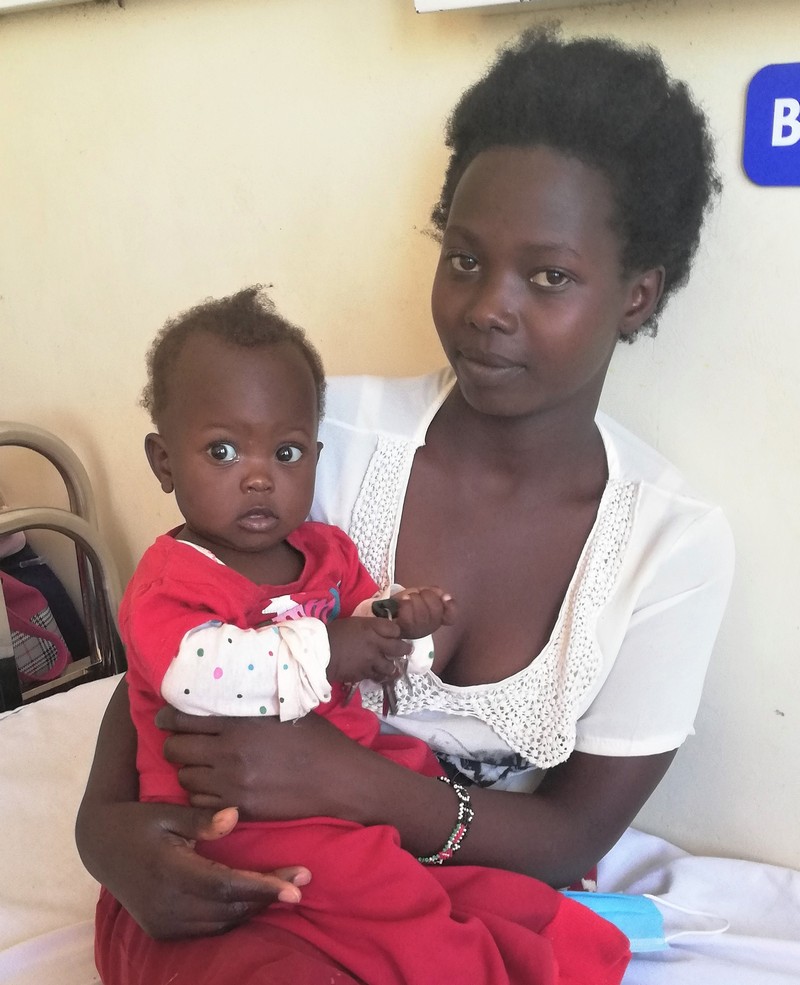