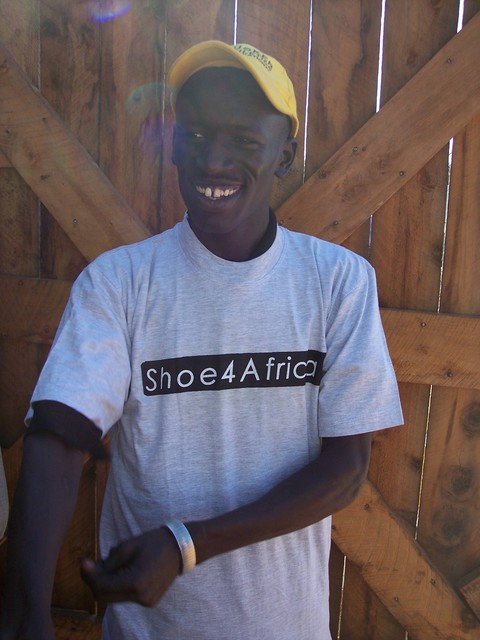 Ezekiel Kemboi, the most ‘medalled‘ steeplechaser in African history! 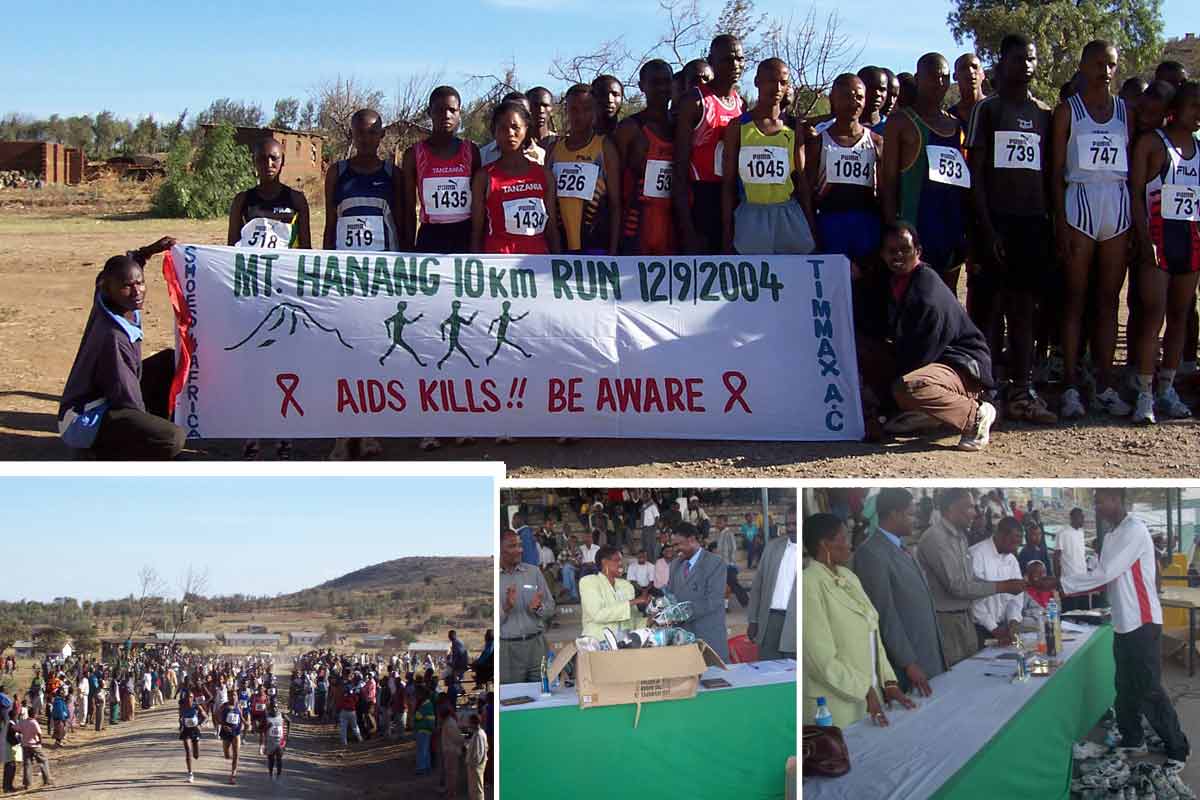 Sponsorship of the Mt. Hanang race, Tanzania with our AIDS awareness program 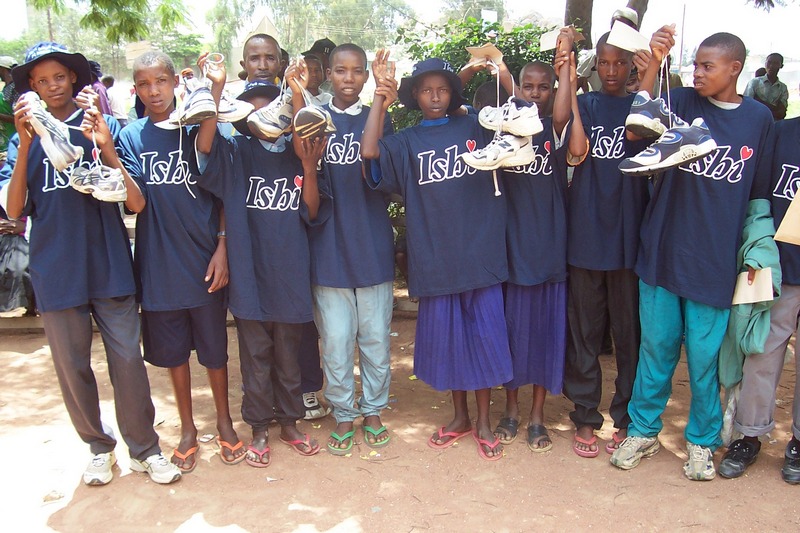 A shoe hand out at a sporting event in Tanzania

Phil Minshull comes to the NYC Marathon and tells that he has an African student needing to come to America so he could study.  Before Phil had a chance to fly back to Spain Shoe4Africa has a whip round and raises $1500; enough to bring Obed Mutanya to America for a scholarship 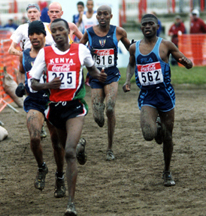 Francis Naali wins the Commonwealth Games Marathon in 2002.  Here is Francis picking up Shoes before this time at a Shoe4Africa event 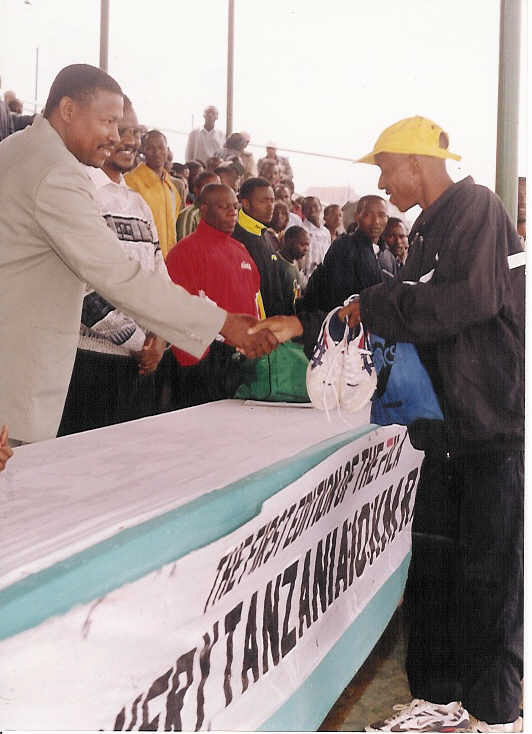 Shoes given to a young boy, named  Fabiano Joseph by Max Iranqhe who distributes for us in Tanzania.

The Shoe4Africa name comes about as the founder Toby Tanser loses a shoe in Africa in a near death experience at the time of the Millennium. 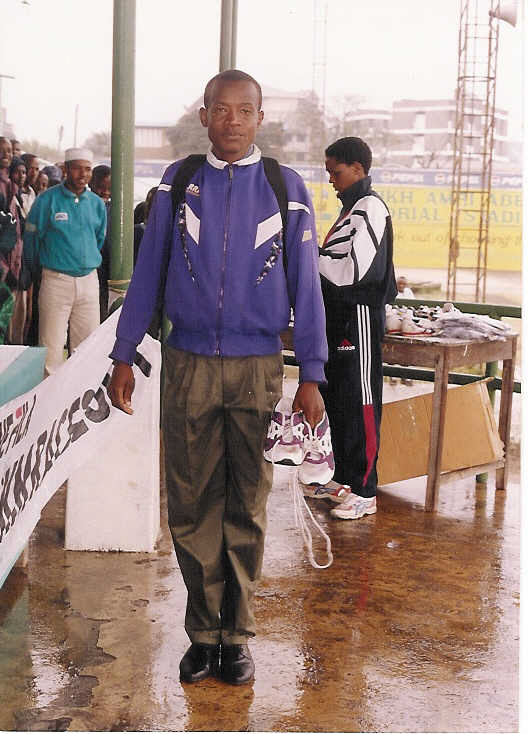 Samson Ramadhani pick up shoes at a Shoe4Africa event.  Years later at the Commonwealth Games Marathon he’d win the Championship Gold in 2006!

An athlete we support wins the Commonwealth Games gold medal on the track.

Eight big boxes of Nike running shoes, tracksuits, shorts and singlets arrive in Eldoret sent from my apartment in Sweden to me in Kenya.  When giving out the last box I bump into Moses Tanui, who becomes the first helper (Moses at this time was a 10,000m world champion & world road champion).

Shoe4Africa starts in Eldoret, Kenya. Operating by sending over shoes to Kenyan athletes. The very first ‘unknown’ athlete to receive shoes in the following year goes to Europe and runs a 61-minute half marathon in Italy… and also goes on to win the LA marathon